Summary from Theresa:
3. Here are what some of the smallest tubers look like. If you're planting them the first year, put the eye/growing tip up (the eyes are all pointed away from the knife in the photo below). If you have larger tubers, you can cut them up, leaving one eye per piece, and plant those, like you can do with potatoes. Plant them 1 to 2 feet apart, about 6 inches deep.

Sunchokes Through the Seasons:
9. They are so tall that they are quite striking in the Fall garden. 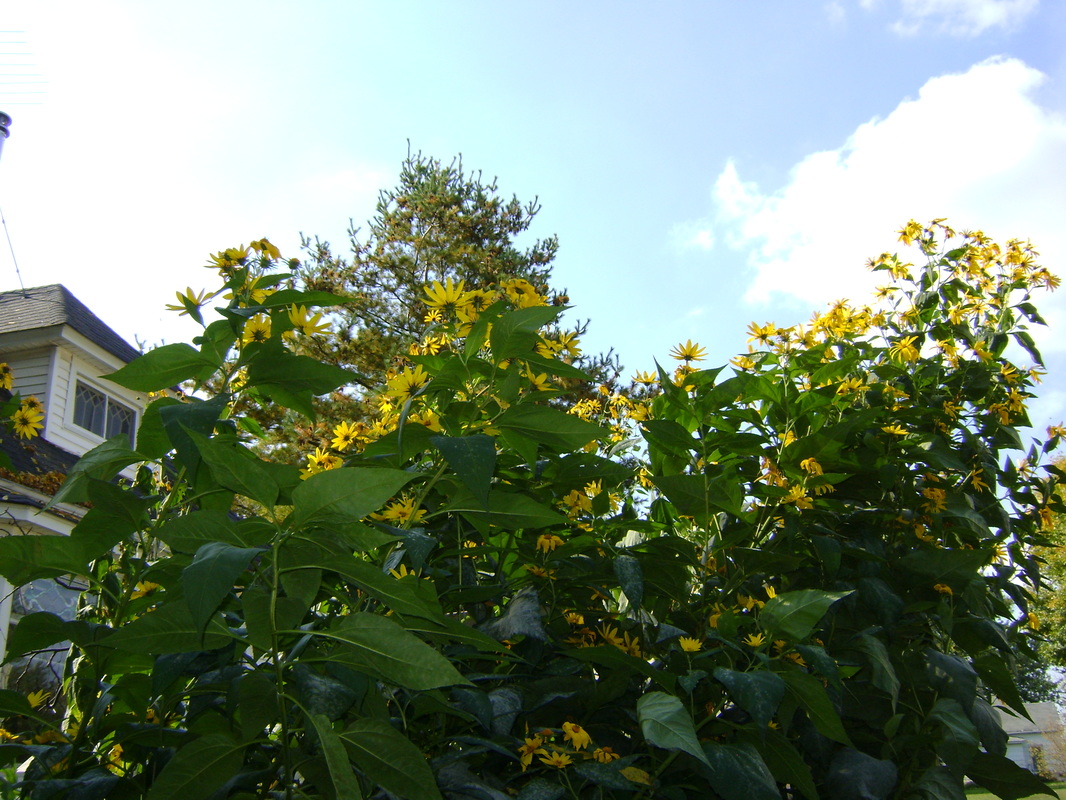 HARVESTING SUNCHOKES- in the Fall

We treat cooked sunchokes largely like potatoes, and have substituted them successfully in many potato recipes. Note, though, that they cook much faster than potatoes and don't hold their shape as well. If you fry them, they get much mushy instead of crispy. Some recipes will call for peeling the chokes, which we have never done. It would take more patience than we have. However, we also never peel our potatoes.

Sunchokes can also be eaten raw. They have a texture somewhat like water chestnuts, and are good in salads. Spring harvested sunchokes are really good raw because they are so sweet.

This is an Alton Brown recipe for garlic mashed potatoes that adapts well to sunchokes. It's a faster recipe than many of the others we use.

Rumbledeethumps is a Scottish dish traditionally made with potatoes. It's a rich dish, since it has so much cheese in it, and it takes a while to cook since there are so many steps. However, the taste is totally worth it. We think of this dish as something to have for a Sunday brunch or a holiday meal, to accompany a large chunk of special meat that Bear cooks.
RETURN to the PERENNIAL VEGETABLES page.