Our Tiny Homestead
THE SIMPLE IDEA:
1.  Heat your food in a lidded pot by boiling it for a short time (such as 10 minutes).
2.  Put the pot in an insulated box so that it keeps cooking on its own, but without any additional fuel.
3.  Several hours later the food will still be warm and ready to eat.
Hayboxes can be made from many different types of materials:
It's like a Crockpot and a Thermos:  Basically, the haybox works like a crockpot, but it doesn't need to be connected to an electrical outlet. It cooks food over a long period of time on low heat. It also works great if you've cooked something elsewhere and need to keep it warm, like putting soup in a big thermos.

How We Cook Rice in Our Haybox:

What Else Can Be Cooked in a Haybox? 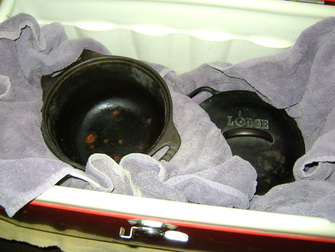 Making room for cooking two pots at a time in the haybox.

Soup in the Haybox:

Oatmeal in the Haybox:

I eat a lot of warm oatmeal for breakfast in the Winter time.  It's really good sweetened with homemade jelly or jam, and the oats are really healthy. I used to use instant oatmeal but wanted to switch to using the 25 lb. bag of rolled oats I bought from the coop. Even though the rolled oats still only take a few minutes to cook on the stove in the morning, I found myself feeling like I didn't have time to do it. So I wondered if a haybox would work to cook the oatmeal overnight. 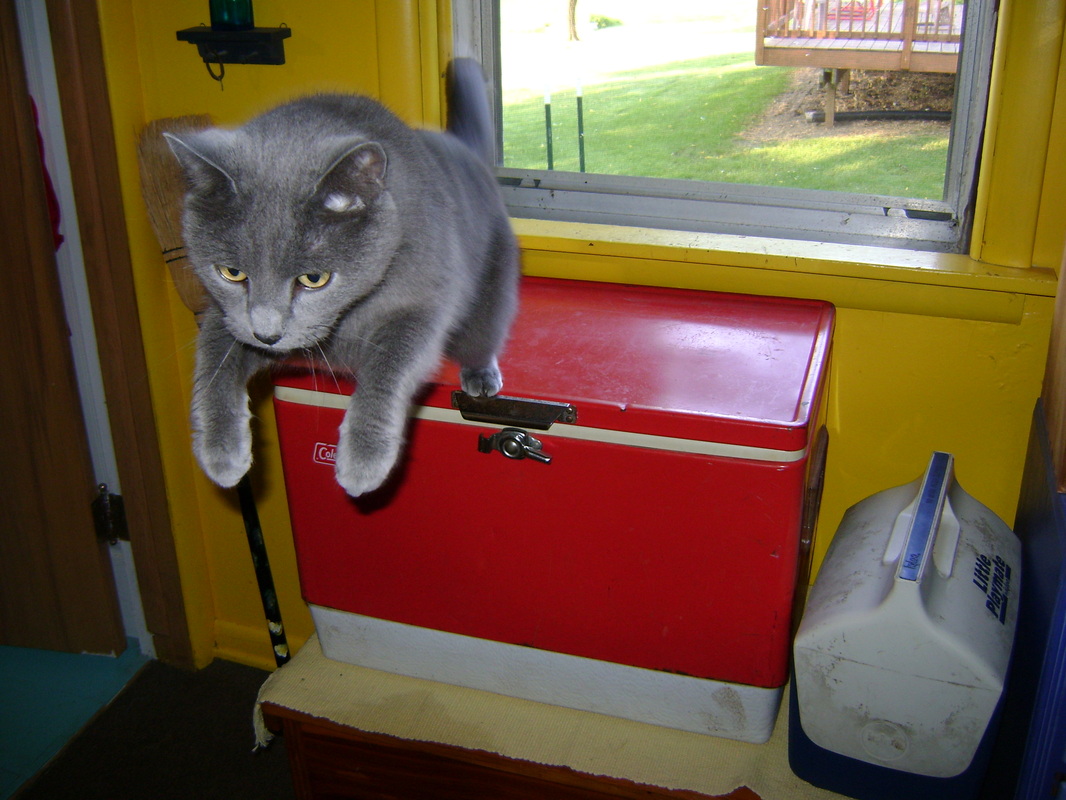 Bear spotted Princess trying to make catnip tea in the haybox, but she denies it.
He's still trying to figure out how she boiled the water.