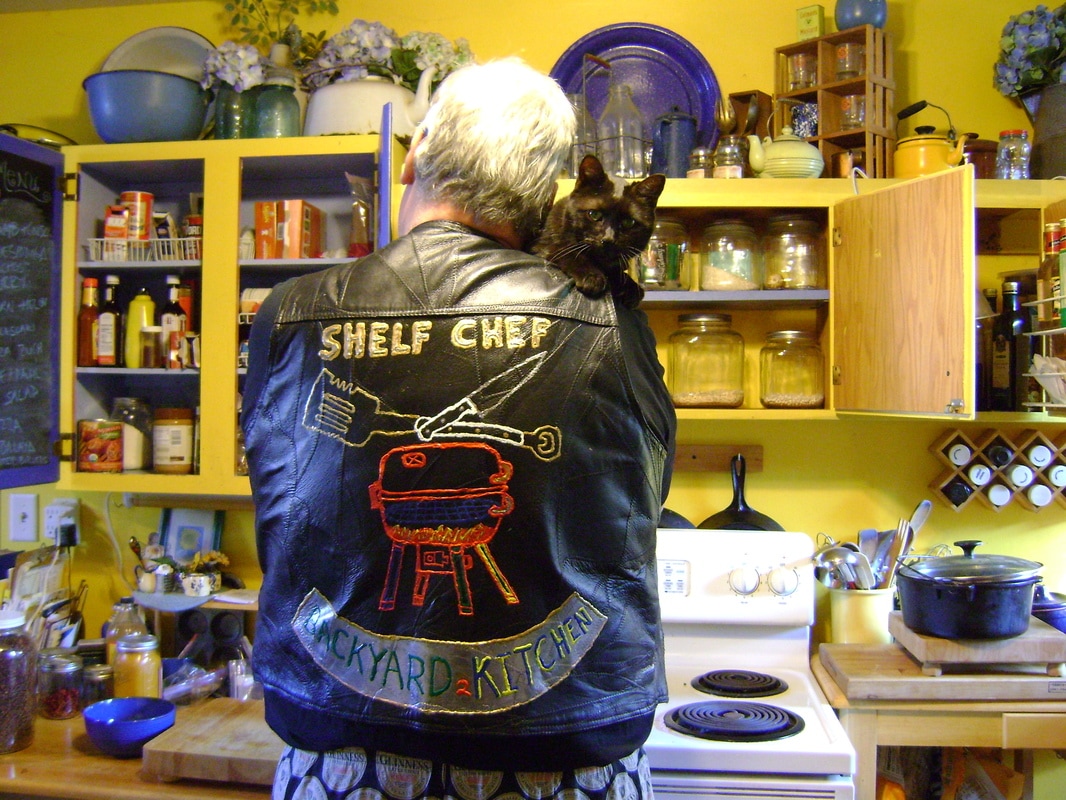 Shelf:  I used to watch Top Chef and Master Chef competitions.  I have enough performance anxiety of my own, without worrying about time limits and exotic ingredients, and I don’t want to have their cutthroat attitude when I cook.  I just want to have fun when I experiment with food, and cook what is on my shelves.

Chef:  I like cooking inside and outside, but don’t have the time or money to learn to become a pit master, grill master, or trained chef.  However, if the chef is the person responsible for the food and I’m the only one cooking, then I must be the chef.

There aren't any pictures of me at Level 3 or 4, because I’m still at Level 2.  Sometimes I’m damn lazy about my cooking.  I collect many cookbooks, but am not very disciplined about studying them or trying the recipes.  I still have performance anxiety.  Sometimes I’m even nervous cooking for Theresa.

5.  The Spirit of Shelf Chef

Time to feast.
To the plants and animals of Mother Earth
Who are sacrificed so that we may be nourished and stay healthy
We honor and thank you.
To the Lord and Lady*
Who give us this time together
We honor and thank You**
Blessed Be.

* Feel free to use your Divinity of choice.
**After this section, I usually add other thanks and wishes appropriate to the day. 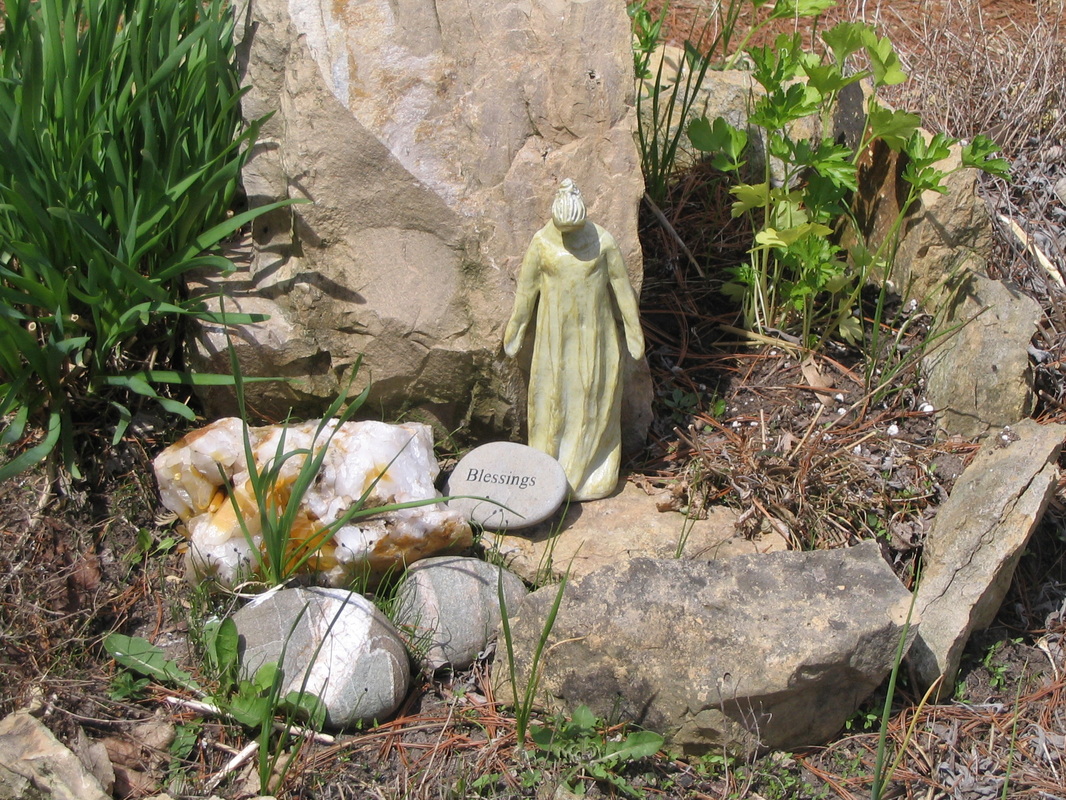